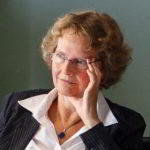 Current position
Rineke Verbrugge is a pioneer in building bridges between logic and cognitive science. Specifically, she was the first one to combine dynamic epistemic logic and computational cognitive modeling to study theory of mind. Verbrugge is a full professor, holding the chair of Logic and Cognition at the University of Groningen’s Institute of Artificial Intelligence, ALICE. Since 2002, she has been the leader of the Multi-agent Systems research group in Groningen, first as an associate professor and since 2009 as a full professor.

Publishing
Verbrugge has published more than 160 peer-reviewed international publications and a monograph, Teamwork in Multi-Agent Systems: A Formal Approach, written together with Barbara Dunin-Kęplicz and published by Wiley in 2010. Her work is widely cited, her current Google Scholar h-index being 25. Her work with Elske van der Vaart and Charlotte Hemelrijk on corvids’ social cognition was reported by Michael Balter in Science (March 1, 2012).

Research projects
Together with Jan van Eijck, she has led the large international NIAS theme group “Games, Action, and Social Software” (2006-2007), resulting among others in two edited volumes, Discourses on Social Software (Amsterdam University Press, 2009) and Games, Actions and Social Software (Springer LNCS, 2012). Together with Johan van Benthem and Sujata Ghosh, she has led the NWO-EW project “Strategies in multi-agent systems: from implicit to implementable” (2009-2012), leading to the book Models of Strategic Reasoning: Logics, Games, and Communities (Springer 2015). In 2009-2014, Verbrugge has led her NWO Vici-project “Cognitive systems in interaction: Logical and computational models of higher-order social cognition”, which has been very successful, leading to three PhDs and 120 publications so far.

Editing
Verbrugge is associate editor of the Journal of Logic, Language and Information (JoLLI), and member of the editorial board of Computability, the Journal of Philosophical Logic, the Review of Symbolic Logic, and the Journal of Reasoning-based Intelligent Systems. She has been co-editor of five books and several special issues of journals, for example, on the theme “Logic and Cognition” for the JoLLI.

Awards
In 2008, Verbrugge was awarded an NWO Vici grant in the innovational research incentives scheme for her five year, multi-person research project “Cognitive systems in interaction: Logical and computational models of higher-order social cognition” (2009-2014). In 2009, she received an NWO Aspasia grant. Also in 2009, she was awarded the Faculty Award for “Best Educator” of the Faculty of Mathematics and Natural Sciences of the University of Groningen, which employs around 300 lecturers. In 2013, her paper with Nils Bulling and Sujata Ghosh,“Reaching your goals without spilling the beans: Boolean secrecy games”, won the Best Paper Prize at the 16th International Conference on Principles and Practice of Multi-Agent Systems. Since 2016, Rineke Verbrugge has been an elected member of the Koninklijke Hollandsche Maatschappij der Wetenschappen (Royal Holland Society of Sciences and Humanities, KHMW). 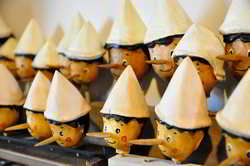 A special issue on Lying will soon be ready, to appear in Topics in Cognitive Science. Editors: Hans van Ditmarsch, Petra Hendriks and Rineke Verbrugge.

As an appetizer, here is Don Fallis' Shedding light on keeping people in the dark.